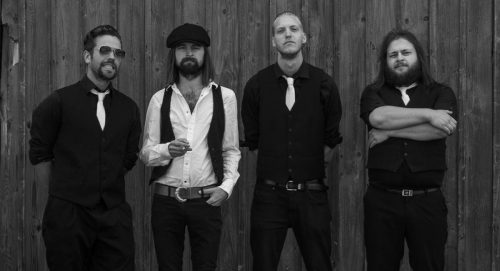 John Bull Gang from Emmaboda, Sweden is a Rock’n’roll band with one foot in 50’s rock and the other in Swedish Actionrock. At one gig the promotor said, ”You guys play pure fucking rock’n’roll!”, and the band approved. The gang was formed in 2012 and have since then played hundreds of bars, venues, festivals and so far have done five tours abroad in Europe.

The band released the EP “Shoot!” 2013 and “We Give You” 2014. If Muddy Waters and Iggy Pop had sex their baby would be John Bull Gang. If you don’t believe me, go see them live yourself!